Each In Their Own World 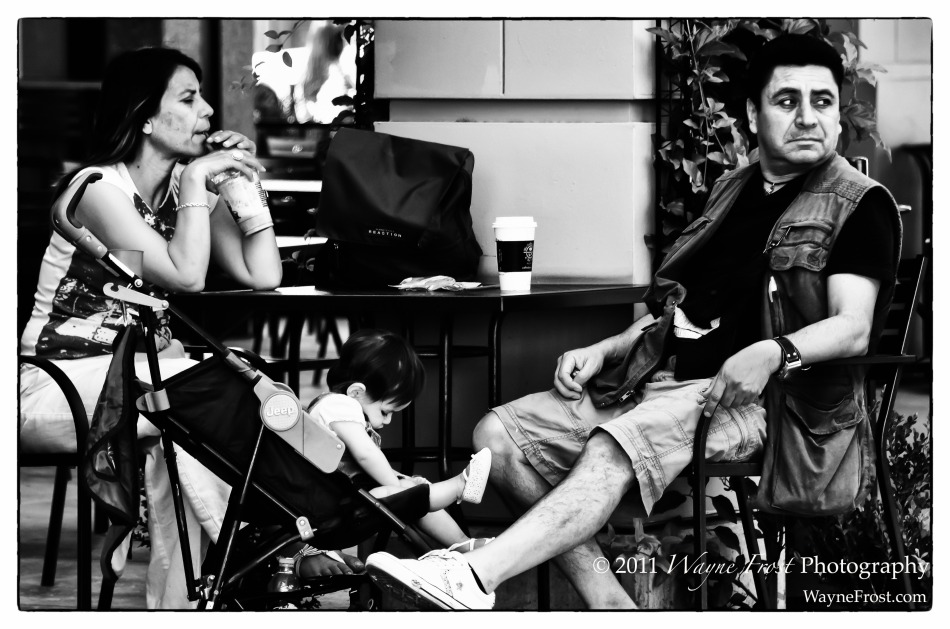 At the same time that Judy and I were taking a break from a photo walk in Riverside, California I captured a series of images of this trio also taking a break in the shade.  The father had been trying to interact with his son, which I had captured in earlier frames, but the son seemed to have a very short attention span, and in this image the father has finally given up his efforts to engage his son, it would seem in frustration.  (Which is only my interpretation, yours may differ.)

This entry was posted on September 2, 2011 by Wayne Frost. It was filed under Photography, Street Life and was tagged with father, Life, mother, son, street, toddler, trio.