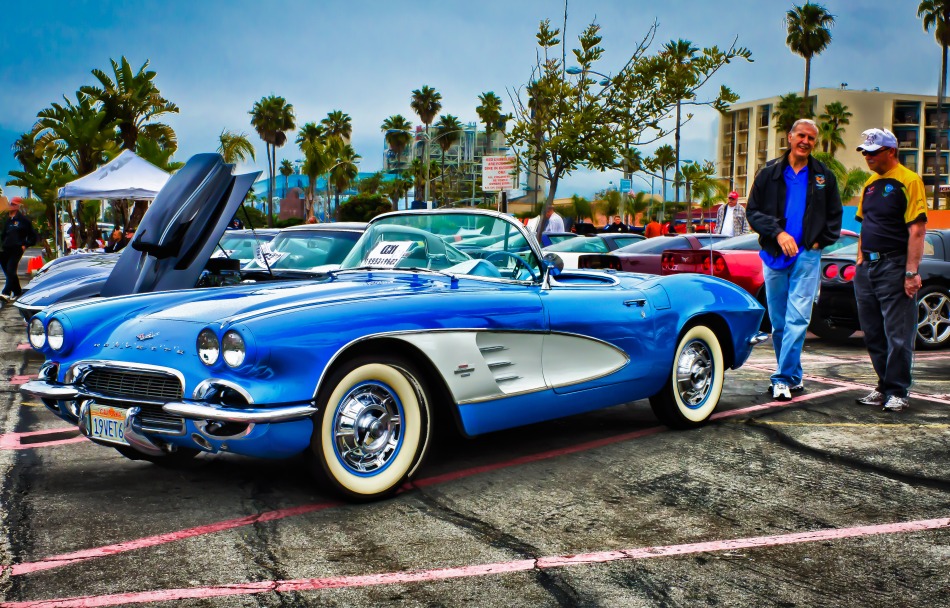 This beauty is a classic design harking back to the Corvette’s origins.  This is a very close approximation of what “Todd Styles” and “Buzz Murdoch” would have been driving around the country in “Route 66” in 1961.  There is no shortage of white haired men at the Corvette shows, which is expected since very few other people could afford to have as a priority in their lives, acquiring and caring for a Corvette (classic or contemporary), but there still is plenty of life in both the entusiasts and the cars.  If you Google “Martin Milner” in Google Images you will note that if “Todd Styles” was still tooling around in a Corvette every day, he would also have silver hair, reality having caught up with the idealized life.

This entry was posted on September 27, 2011 by Wayne Frost. It was filed under Automotive, HDR, Photography and was tagged with 66, automotive, Blue, car, corvette, HDR, photography, route, vette, white.