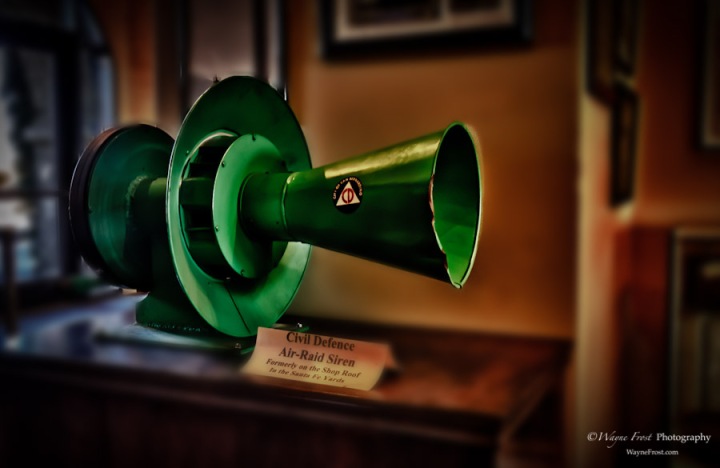 This entry was posted on January 20, 2012 by Wayne Frost. It was filed under Another Time, Found Objects, HDR, Photography and was tagged with air, bernardino, cold, green, HDR, history, museum, photography, raid, railroad, san, siren, war.