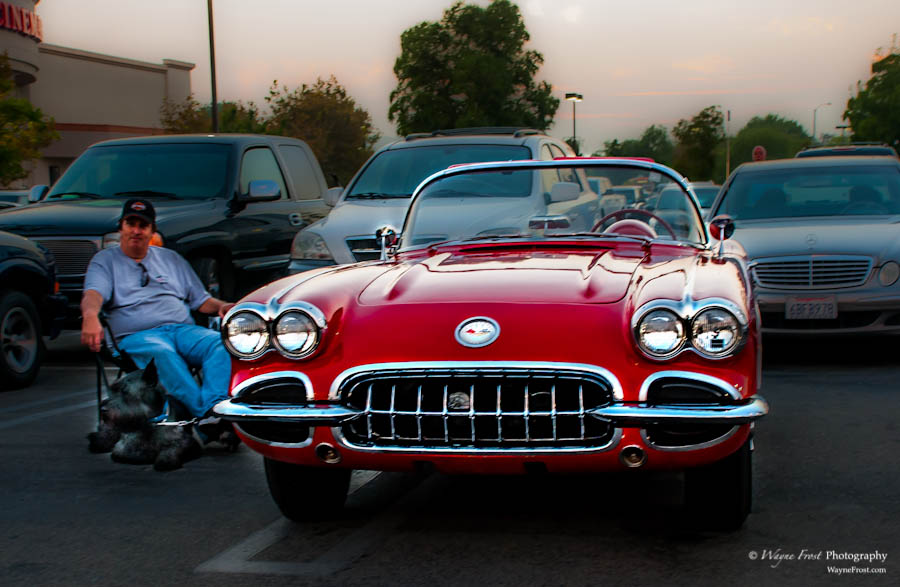 I met this gentleman and his companion at the Santa Clarita Valley Corvette Club car show, October 16, 2010.  This was the first car show I had ever attended.  This image was originally rendered as an HDR, however, now that the thrill of discovering the HDR process has run its initial course with me, I can look at the HDR image and admit that the process, and the state of my skill level at the time that I originally processed it, were both sub-par. In actuality this image did not need HDR processing and it was diminished by poorly applied HDR processing.

I’ve spent part of the past week going back in my catalog and re-processing images, losing the bad HDR and improving the final renderings.  I’ll talk more about this in Wednesday’s post.