Reminds Me Of Chocolate Milk 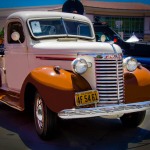 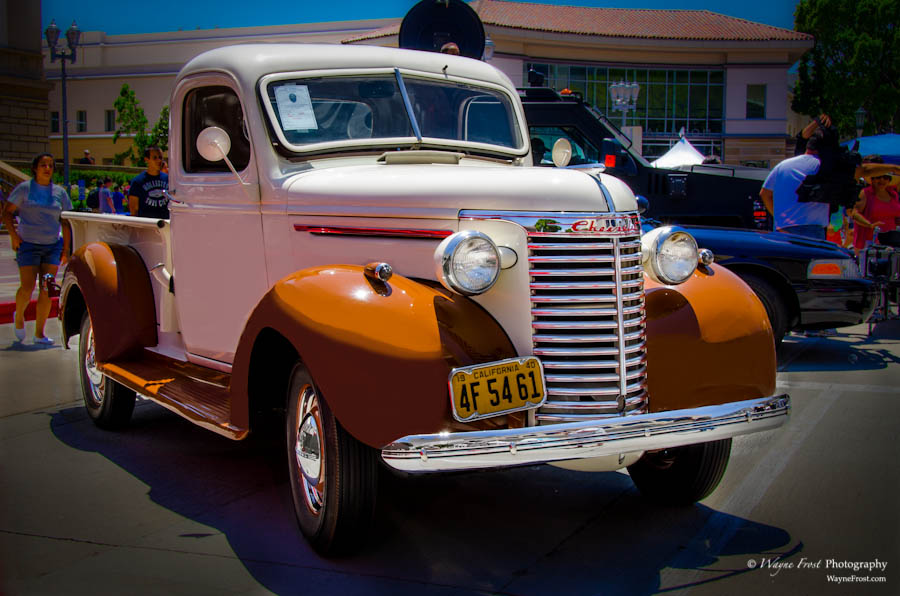 It must be the color scheme of this 1940 Chevrolet pickup truck, the cream and brown tones make me think of chocolate milk, and I can see in my mind milk crates with old glass bottles of chocolate milk stacked in the bed of the truck.  This beautiful machine was captured at the Pasadena Police 2012 classic car show in Pasadena, California on June 17, 2012.  This year’s Pasadena Police show was a bit of a disappointment, though, not as many cars as last year, and fewer, in my opinion, distinctive vehicles.  I also thought last year’s venue on Colorado Boulevard was a better showcase in front of Paseo Pasadena rather than this year’s venue on Green Street, behind Paseo Pasadena. 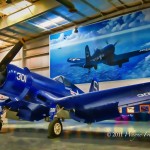 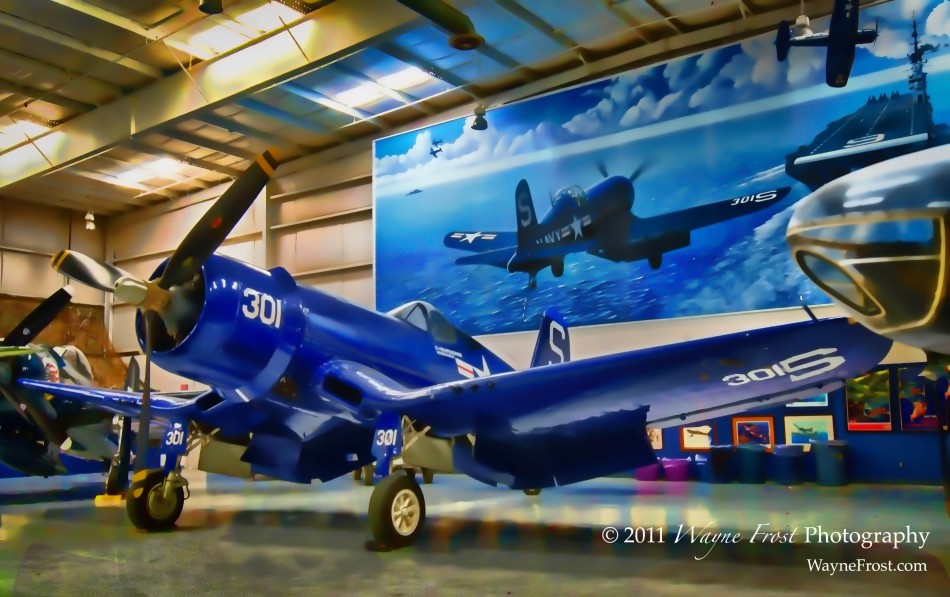 This is the Vought F4U Corsair that is in the collection of the Palm Springs Air Museum, Palm Springs, California.  The Corsair was the first United States single engine fighter aircraft to exceed 400 miles per hour.  Between 1940 and 1952 12,571 Corsairs were produced.  During the World War II the Corsair flown by the United States Navy and Marine Corps out flew the Japanese Zero and had a kill ratio of 11:1 against enemy aircraft.  The Corsair was armed with .30 and .50 caliber machine guns, carried bombs and rockets.  Major Gregory “Pappy” Boyington and his “Black Sheep” squadron flew the Corsair and Boyington was credited with 22 enemy kills in the Corsair.  This artifact, like others in the Palm Springs Air Museum is airworthy and is still periodically flown.

During post processing I used the Photoshop Content-Aware Fill and Clone tools to remove distracting elements and re-build part of the lower right quadrant of the image.  I also used Topaz Adjust to get more punch out of the colors and to soften out the noticeable grain that resulted from the high ISO.