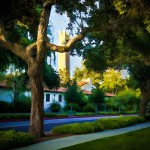 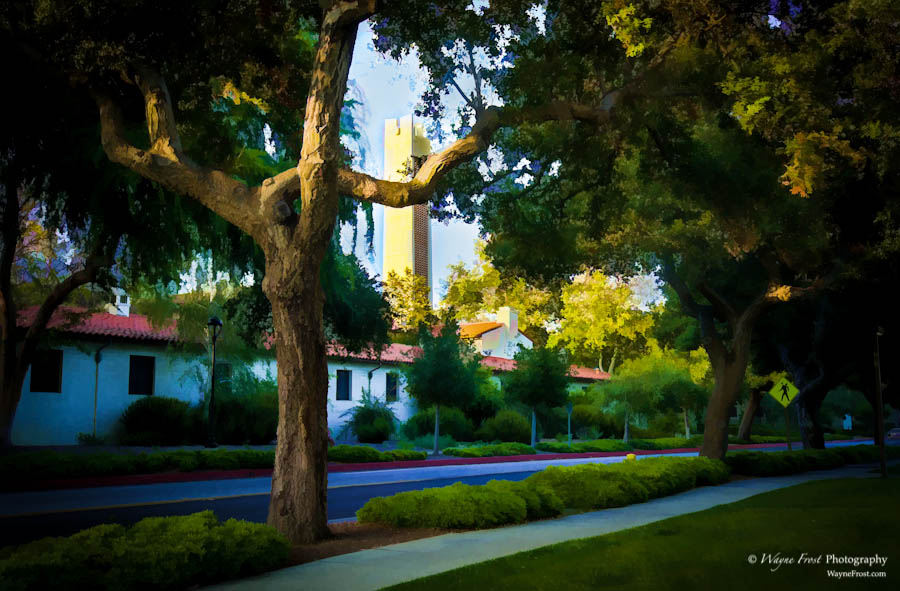 It is late afternoon on the sidewalk under the shade of mature trees lining Sixth Street on the campus of Pomona College, Claremont, California.  The building is Clark Hall V, a student residence, the tower in the background is Smith Tower which has both a clock and carillon.  By local tradition the carillon chimes at 47 minutes after every hour. 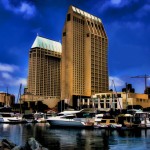 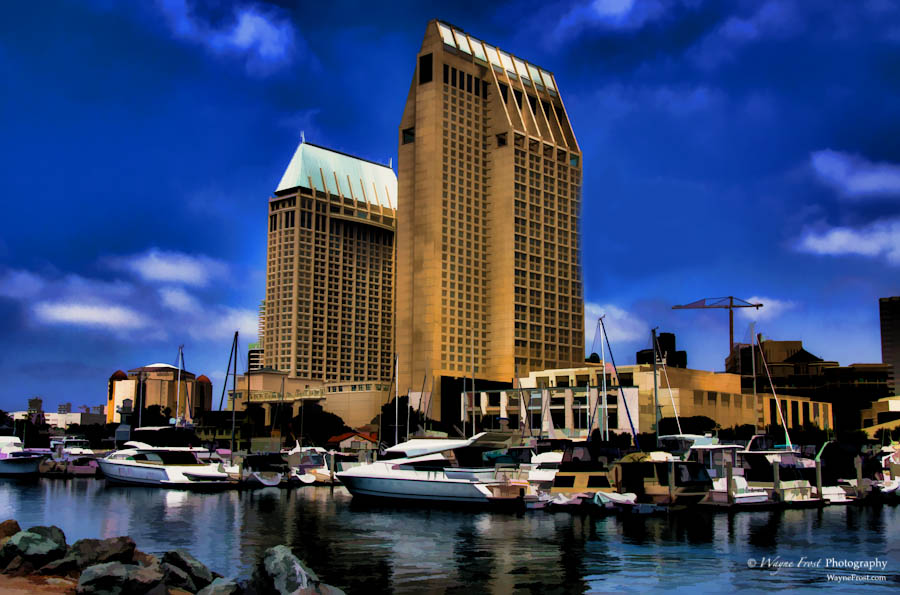 The Hyatt Manchester, San Diego twin towers standing watch over Embarcadero Marina.  I applied my painterly style to this image and I think it works well, with richer color and density, expressing a feeling of calmness on a bright, Southern California day.  For comparison purposes here is the straight HDR that this was derived from: 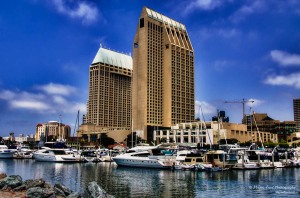 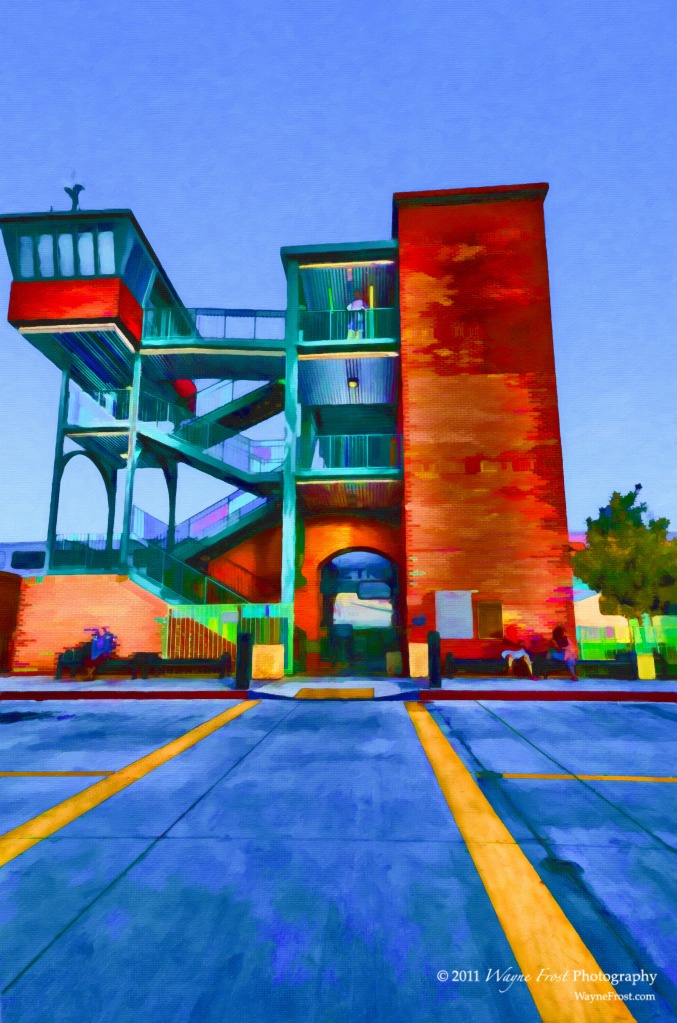 This is the signal tower and west end of the pedestrian bridge at the Riverside, California Metrolink Station.  In addition to the stairways, patrons are served by an elevator in the west brick tower and one in the east brick tower, which was the only way I was able to get up on the bridge for yesterday’s image of the freight passing through.

This image is another example of my practicing simplifying images from the initial photo realism in order to convey more of a general feeling of the subjects (instead of a literal representation) so that the viewers’ minds can fill in any details they may imagine.  There is just the hint of the train in the background of this image, but I believe it is enough to enable the viewer to understand there was a train there.

There was much more detail of individual bricks in the elevator tower in my original capture and I purposely softened the detail and over saturated the coloring of the bricks.  I also liked the two converging lines from the crosswalk and upped the saturation and brightness of those as they converged on the tower and bridge.  And of course the processes I applied, including the introduction of a canvas texture resulted in a very painterly rendering.  (This and all of my images are in my gallery and the tools in the gallery will allow you to see the images in full size or near full size, then the texture will become quite apparent.) 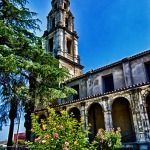 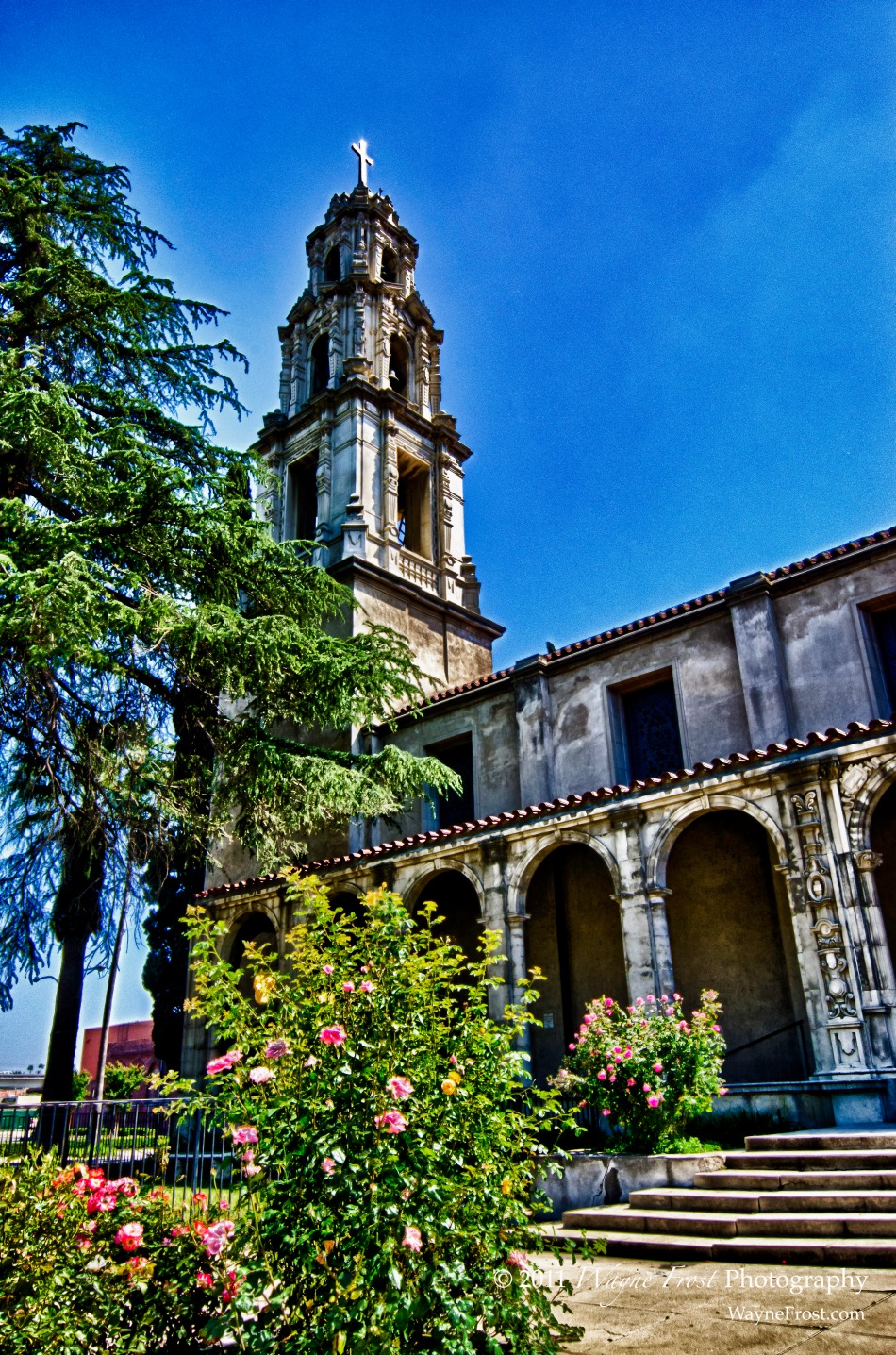