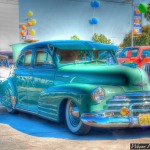 You can find more than one car show any weekend in Southern California.  This past Saturday, even though we got a late start, we swung by three car shows, all within three miles of our house.   The only issue you have to consider if you want to capture images of the cars is to come early, the automotive aficianados showing their cars tend to disperse as soon as judging is completed, best to get to any car show well before noon.  I did not speak to he owner, I am guessing that the car in the image above may be a Chevrolet Fleetline circa 1946. 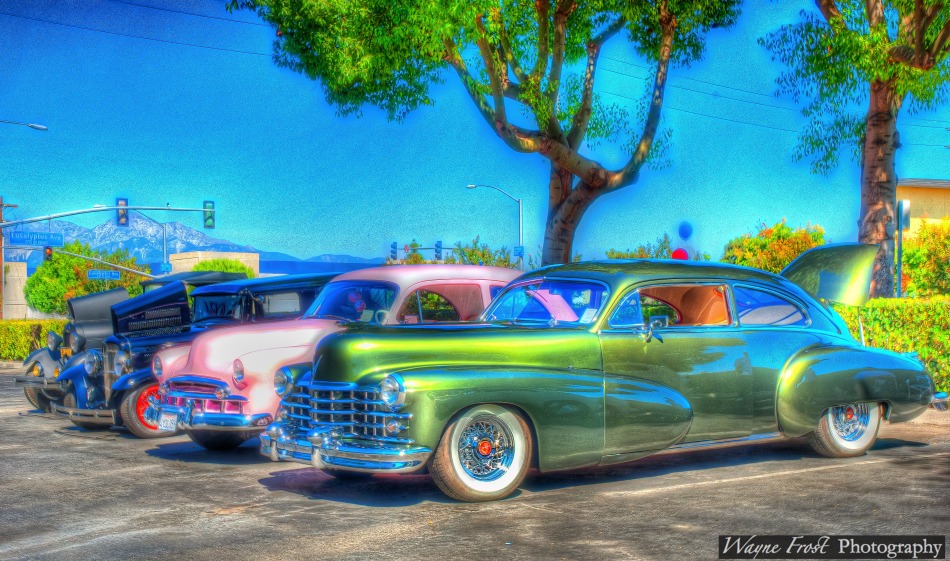 This line up was at the first show we stopped at, and by then probably 3/4 of the participants showing had taken off. In this line up is the pink Chevy and a green Cadillac, both circa 1950’s, and two other older cars that I did not get a good look at.

He is the pink Chevy with it’s minimalist grill as opposed to the other vintage cars we saw.

This is a circa 1947 Chevrolet being shown by a member of the Vielitas Car Club. 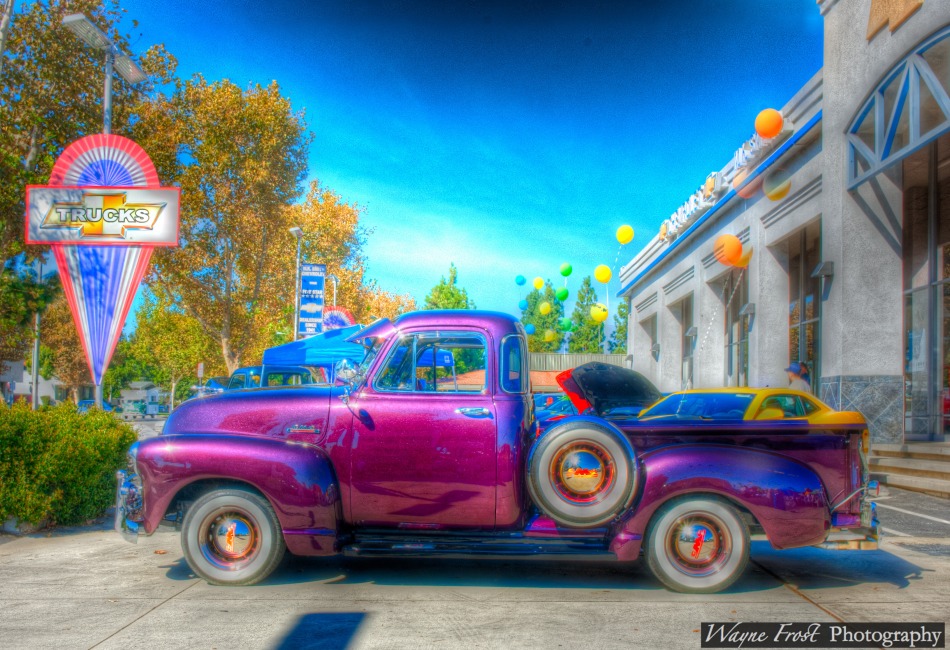 There were also a few vintage pick-up trucks. I was attracted to the intensely violet paint job on this one. What appears to be bad paint or body work is actually shadows being cast by some trees that were behind and to the left of me. The actual paint job was flawless. You can also see some of the adjacent objects reflected in these vehicles’ bodies.