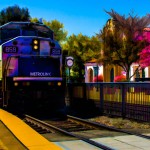 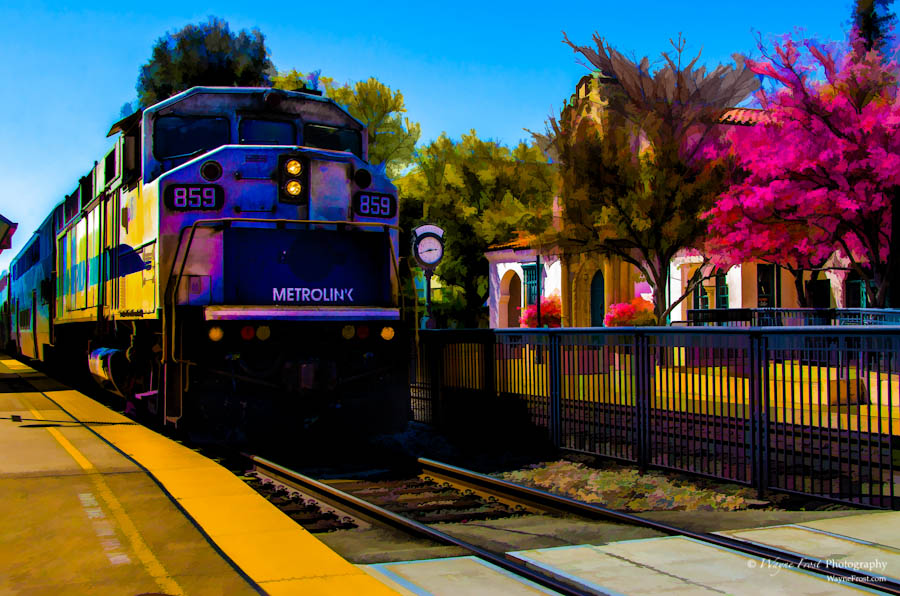 Eastbound  Metrolink train 859 rolls up to the platform. 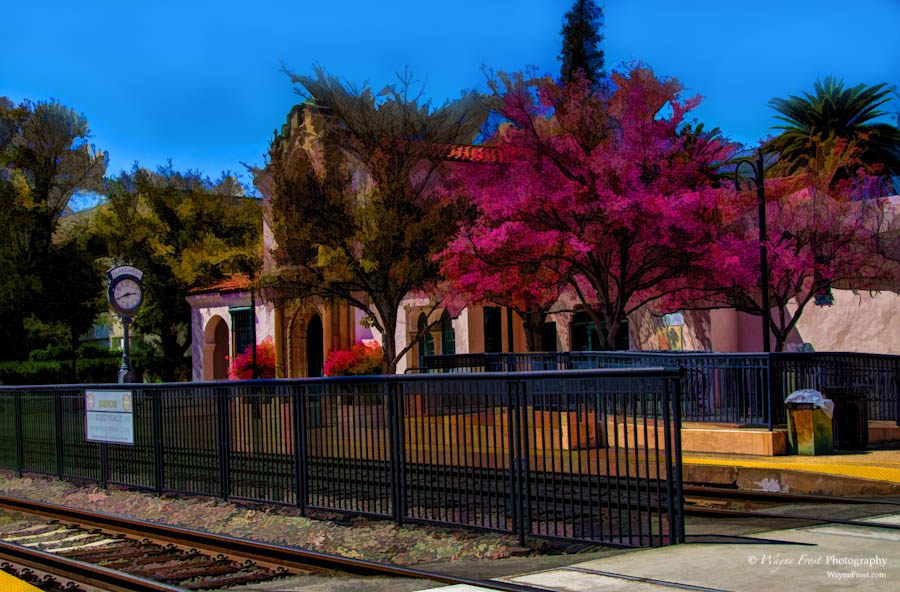 All is quiet at the station on a spring afternoon until… 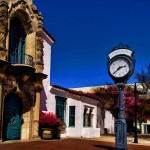 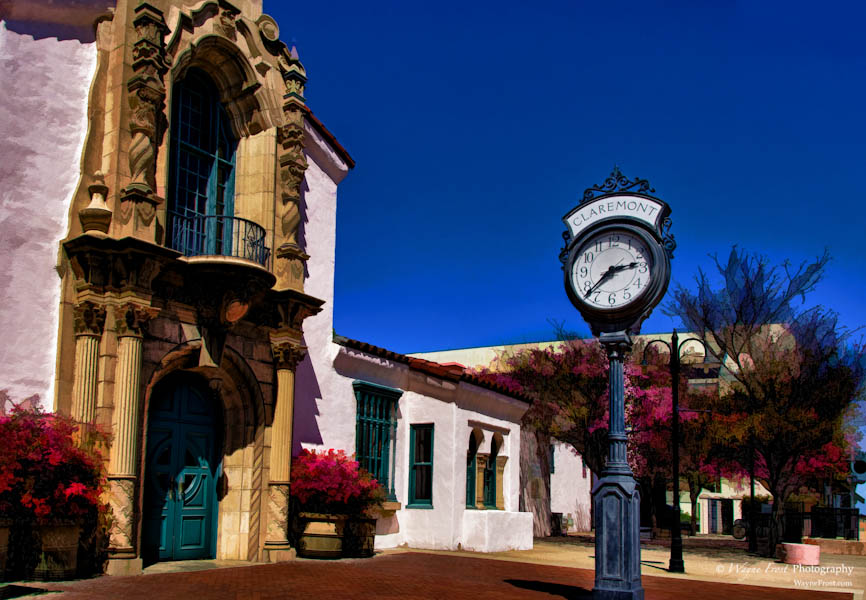 Originally constructed in 1927 by the Atchison, Topeka & Santa Fe Railroad in the Mission Colonial/Spanish Colonial Revival style, Claremont Station is now a embarcation point for the Metrolink San Bernardino commuter rail line.  The station, on First Street at the base of Harvard Avenue in Claremont Village is staffed by Foothill Transit (the local public transportation compan) and serves as a transfer point for bus riders. 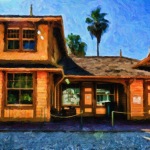 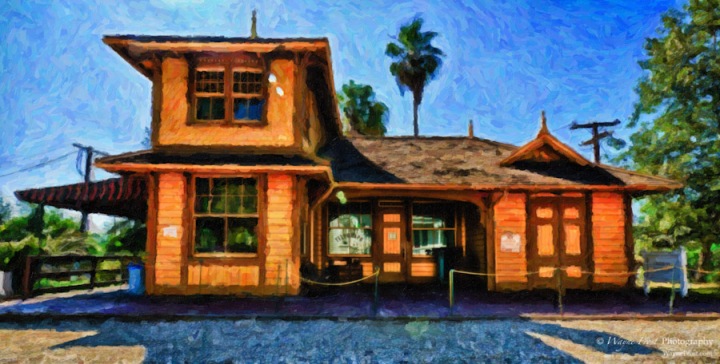 The Palms Depot was built in 1887 when it overlooked a grid of new streets in the subdivision of Palms, which was the only urbanized area between Los Angeles and the Pacific Ocean in Santa Monica.  A few years later the Palms Depot became a part of the Southern Pacific Railroad, it was electrified in 1908 and served passenger and freight traffic until 1933 when the railroad transferred its functions to Culver Junction.  The Palms Depot continued to serve the Pacific Electric Railway’s trolly service for 20 more years, until terminated in 1953.  The architectural style of the Palms Depot is Eastlake, and it served as a motion picture backdrop for Laurel & Hardy and Little Rascal films.  The depot was moved to Heritage Square, Los Angeles in 1975, where it was restored and is used as the Visitor Center.

Please click on the image to view in high resolution.  Click here to view the depot “back in the day”. 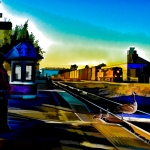 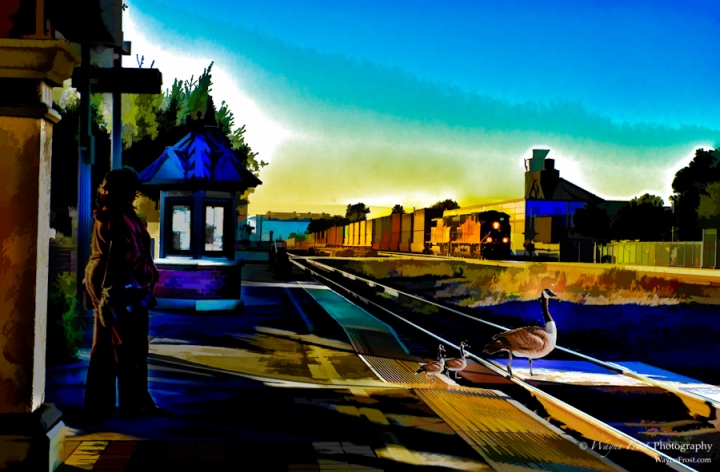 The view towards the west from the Metrolink commuter rail platform at the downtown, Pomona, California station at 3:33:44 P.M., December 6, 2011, as reconstructed in my mind.  As I think about man’s capacity to achieve great and significant works through his intellect and industry, and  his capacity to still manage to reek destruction upon himself and the Earth.  And as I think about the fearlessness of the ignorant and innocent.

Please click on the image to view in full resolution. 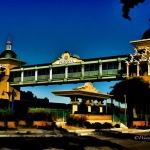 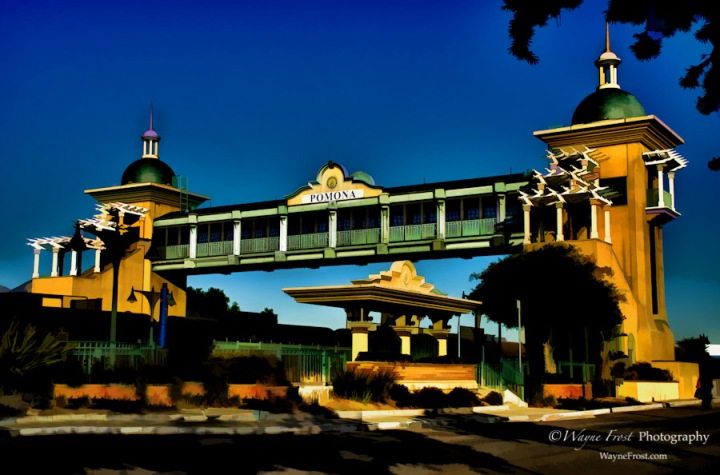 The structure is the pedestrian over crossing at the downtown Pomona, California rail station.  The two towers, in adaddition to serving as structural supports for the bridge also house elevators; the two structures jutting out from the towers are stair wells.  The dark objects discernable passing below the bridge on the tracks are black tank cars which made up a large part of a freight consist passing through.

In addition to my usual work with Lightroom, HDR Efex Pro and Topaz Simpify stylizing this image, I also used Photoshop to remove an automobile that was in the left foreground. 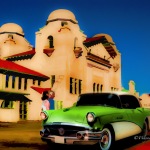 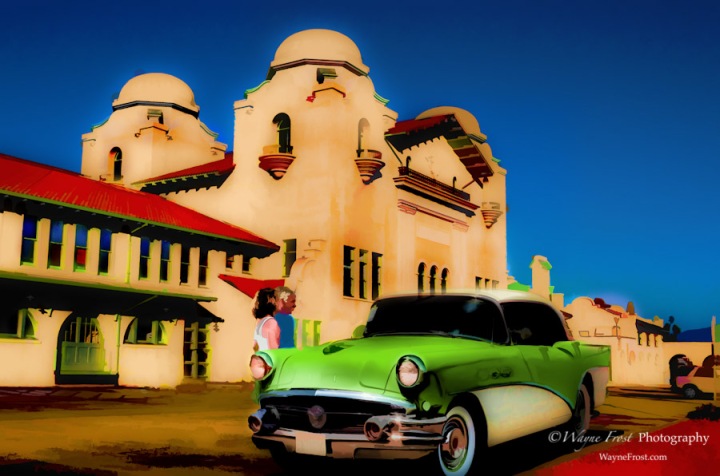 A tableau that might have been real in the last century, or alive just in  my mind.    This is a composite of three images; the Buick is pink and white in real life. 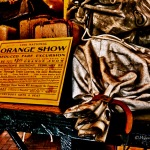 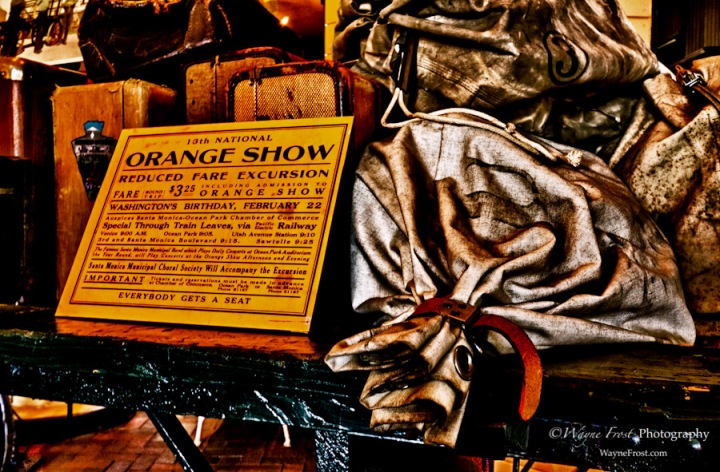